A light worm load of most species of worms is not harmful to a tortoise but a heavy worm load will need treatment.  It is a good idea to get a tortoise faecal sample checked on a yearly basis to determine if any treatment is needed, and new tortoises should be tested for worms as a matter of routine.  If you are going to do test for worms then the best time of year to get the sample checked is in July.  Worming treatment compromises the tortoise's immune system, and by treating it at this time of year it allows the immune system to return to normal before hibernation time.

Testing for worms is done by examining a faecal sample under a microscope to determine the presence of live worms and eggs.  Fresh samples are best, but if necessary you can collecting a sample the day before your vet appointment and keep it in sealed container in the fridge.  If you are sending a sample off in the post for a worm count test, try to avoid posting on a weekend or holiday period, as the sample should be as fresh as possible.

Panacur (Fenbendazole) is the most commonly used drug to treat roundworms, whipworms, hookworms, giardia and some tapeworms in tortoises.  It works by disrupting the cellular transport and metabolism systems of the parasite, which results in diminishing the parasite's energy reserves and ability to eliminate waste, and it then dies.  The medicine is only effective on live worms/parasites and not on any eggs that may be present, so it is common to administer it again after a short period of time during which any eggs that were originally present could have hatched.

Please Note:  Ivermectin (Ivomec) and Albendazole (both of which are commonly used to worm dogs, cats and other mammals) are highly toxic to tortoises and have been known to cause fatalities within a short period of time, so always check which medicine your vet is prescribing.

During the course of treatment for worming, good hygiene is essential to prevent your tortoise from becoming reinfected.  Remove and dispose of all substrate from his indoor enclosure and clean it well.  Then replace the substrate with newspaper which can be easily removed and replaced at least every day.  It is a good idea to bathe your tortoise daily, to encourage a bowel movement that can be easily disposed of to avoid reinfection.  If your tortoise has access to the outdoors, then do your best to remove faeces from the ground so that the parasites are not transferred to plants or grass and reingested, and if possible put your tortoise in a sectioned-off area that can easily be hosed down.

Eggs cannot be seen without a microscope and a heavy presence of eggs would indicate that treatment is necessary, but a heavy load of worms can sometimes be seen with the naked eye.  Here are some photos of roundworms that are easily visible in a sample. 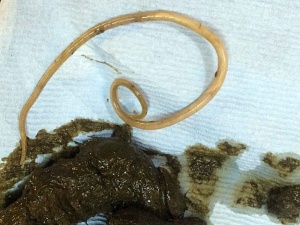 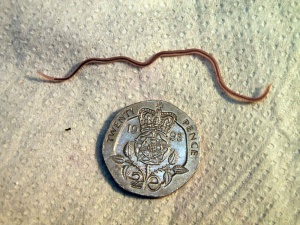 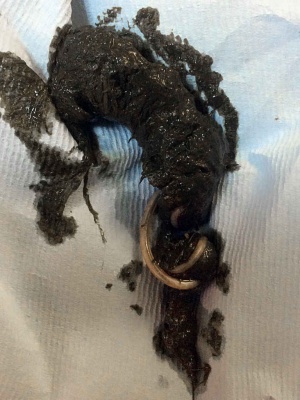 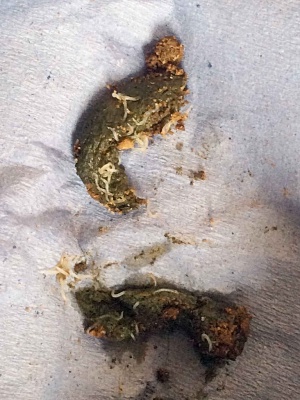 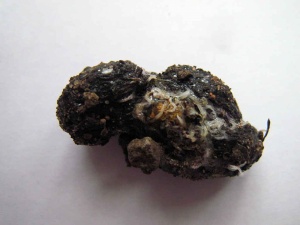