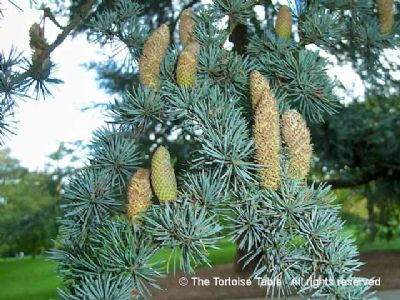 Do not Feed
The highly scented needles of the Cedar contain tannins, making them quite bitter to the taste, and whole tree contains a volatile oil which can cause mouth, throat and stomach irritation if ingested. Cedar isn't one to have where the tortoises could nibble on fallen needles.

Also, trees and shrubs from the Pinaceae family contain various amounts of terpene, which is present in the sticky resin that is produced and acts as a natural pesticide.  It is difficult to remove this sticky sap without using harsh cleaning agents, so this is another reason not to have these conifers near tortoise enclosures, where the resin could get on their shells.

Cedar chips or shavings are sometimes sold as substrate for tortoise enclosures, but when heated they can emit highly toxic fumes and there is also a serious risk of impaction if eaten, so we advise against using them.

For identification purposes, the needles in each 'whorl' on Cedar branches are in groups of 10 or more.
See also Fir and Pine. 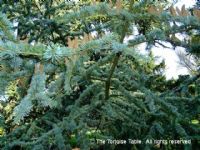 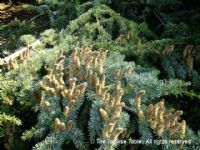 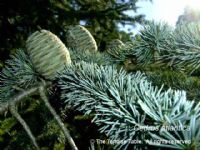