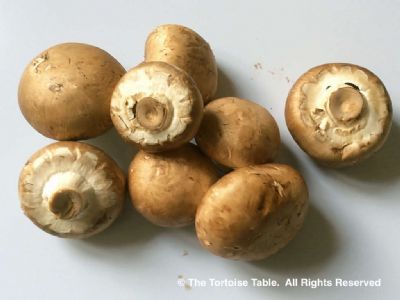 Feed Sparingly
The Mushroom is neither a plant nor an animal, but the fruiting body of a fungus that often grows in damp and dark conditions, but also appears in grassland and woodland areas.  It is too high in protein to feed to most tortoises, although some species, including Redfoots, Yellowfoots, Box Turtles, Wood Turtles and others can have mushrooms and other edible fungi as part of their diet, so ensure that your tortoise is one of those species before feeding.

Unless you have expertise in identifying fungi, you should only feed store-bought mushrooms, as there are many highly poisonous mushrooms and toadstools that look very similar to edible ones.  It is important to note that scientists estimate there are several million species of fungi in the world (although fewer than 100,000 of these have been described), and also that many of the botanic families of fungi contain both edible and toxic species. 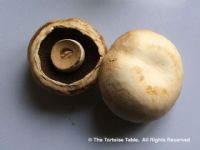 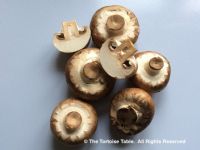 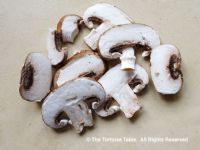 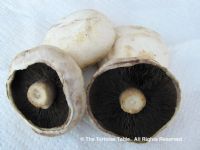 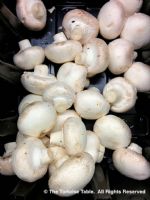