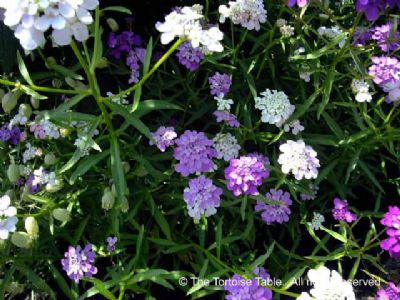 Feed Sparingly
The distinctive flower heads of Candytuft are composed of many smaller flowers called florets, each with four petals, two of which are larger than the other two, giving each tiny floret an uneven appearance.  The leaves and flowers have a bitter taste that many tortoises will find unpalatable, but it will do no harm if your tortoise decides to have the odd nibble.

Candytuft is cultivated for the garden in many flower colours, but it is also found growing in the wild where the flower colour is mainly white. 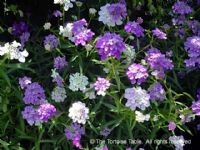 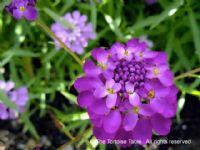