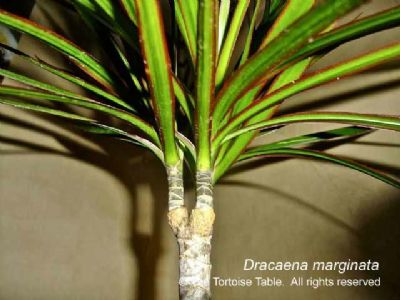 Feed Sparingly
Dracaena is usually grown as a houseplant in cooler climates, but in an appropriate environment it can reach heights of around 15 metres (50 feet).  Sources are divided on whether this plant is toxic to animals, with some saying that it is safe and others claiming that it is toxic to cats and dogs.  Many of the species in this genus contain fairly high levels of saponins (which are known to be toxic to fish and some other cold-blooded animals), as well as some calcium oxalate raphides and because of these factors, as well as the fact that Dracaenas are one of the plants that absorb and remove pollutants from the air, we would advise that you err on the side of caution and feed this plant only sparingly, if at all.

Dracaenas are sometimes confused with and sold as Cordylines, but there are differences between the two plants.  See also Lucky Bamboo.

Flowers are usually white, but some species produce cream or pink flowers. 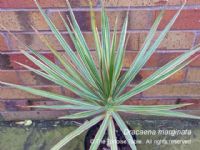 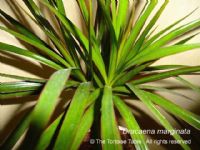 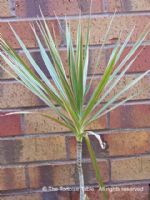 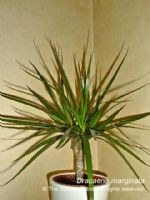 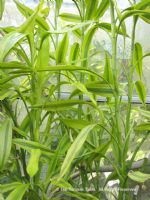