Feed Sparingly
Three different but related plants are commonly called Marguerites.  Although botanically Marguerites are now officially Argyranthemum frutescens, they were all previously part of the Chrysanthemum genus, and several species in that genus contain pyrethrins (particularly in the flowers and seed heads).  As pyrethrins are used to make an insecticide, we would advise you to err on the side of caution and only feed this plant in small quantities and as part of a wider, varied diet.

Marguerites are traditionally thought of as white, although there are pink, red, orange and yellow varieties as well. See also Chrysanthemum, Ox-eye Daisy, and Shasta Daisy. 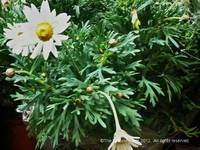 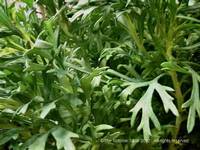