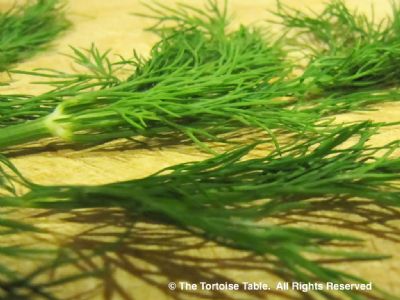 Feed in Moderation
Dill has no known hazards, and it has a high calcium content.  However, because there is not enough evidence of its suitability for tortoises, we feel that it should only be fed in moderation, as part of a wider and more varied diet (and do not feed the seeds).  Several sources say that Dill contains the psychotropic chemical myristicine (but the amounts in Dill are so small that it is unlikely to cause problems), and there are several reports of it causing photosensitivity and or dermatitis in sensitive people.  Some tortoises might object to the strong taste of Dill, but others might be happy to eat it.

Although a herb and often grown in gardens for culinary use, Dill may also be found growing wild in the countryside. 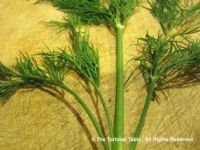 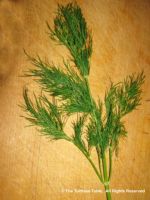