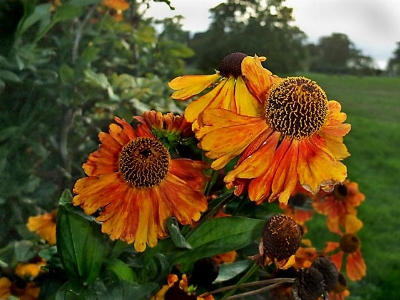 This toxic plant is now cultivated widely for the garden, and looks strikingly similar to the Coneflower (Echinacea) and Black-eyed Susan (Rudbeckia).  All parts of the Sneezeweed are said to be toxic if ingested, containing helenalin which could cause nasal discharge, anorexia, cardiac haemorrhages, accumulation of fluid in the chest and eventual death.

Do not confuse with Coneflower (Echinacea) or Black-eyed Susan (Rudbeckia), both of which have similar looking flowers.

Also do not confuse with Achillea ptarmica, which is also called Sneezeweed, but is a completely different plant.