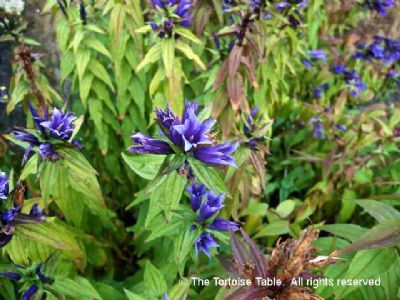 There is no evidence that this plant is toxic, but several species contain the glycosides amarogentin and gentiopicrin which give Gentian root its bitter taste.  In the absence of further evidence, we think that it is probably better to avoid feeding Gentian, but the odd nibble would not harm a tortoise.

Although Gentians do grow wild in the British Isles, several species of Gentian are also commonly cultivated in the garden, usually because of the beautiful intense blue colour of the flower (some varieties have white flowers). 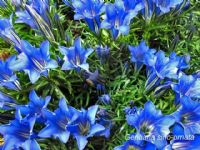 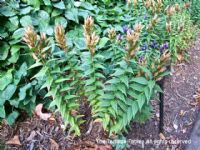 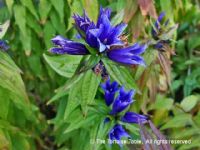